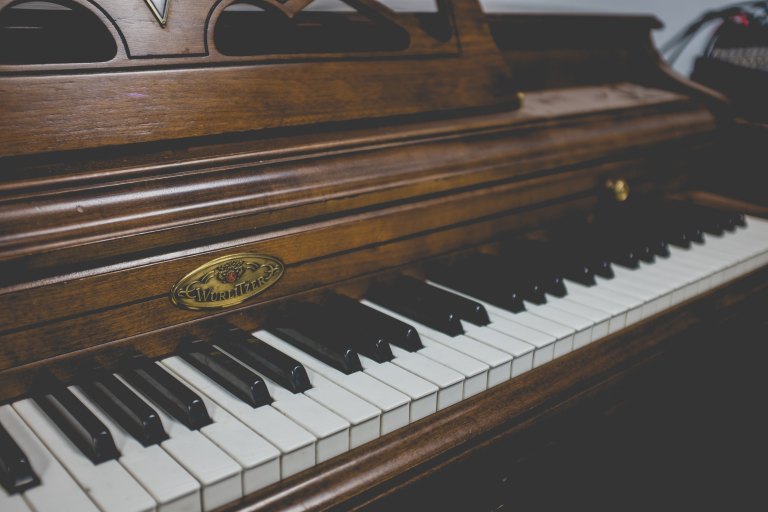 My husband is deaf. Once, he asked me if snow made a sound when it fell, and I lied. We have been married 11 years today, and I am leaving him.

He is in the bakery on the corner where it is warm and they know him well. He will return within the hour to our apartment with a box full of little cakes which he ordered especially for this day. He will walk through the door and toss his keys into the little ceramic bowl on the hall table. I am the only one who ever hears the sound of the keys as they fall into the bowl. He will place the cakes on the second shelf of the fridge and seek me out, but I will be gone.

There is a violent rip in the couch. A giant piece of leather hangs off the armrest like a tongue. It has ruined the couch, but we never bothered to get it repaired.  Just like us. One violent rip has divided us forever. We love each each other differently now; we just remind each other of what is missing. Each time we look at each other, an inexorable ache rises up from deep inside both of us. It is tangible. It pollutes the air between and around us. We have almost completely stopped looking at each other. Instead, we look through each other, or behind each other, or around each other. The ashtray is empty and now only decorative in function, and it tempts me to smoke again. My lungs are hollow and empty and long for the weighty, constricted feeling of being a smoker; just to feel something, anything. Just to feel a feeling that isn’t interminable, unresolved sorrow.

He plays the piano every day, and I am taking it with me. It was made in 1783 in Prague. It sits quietly in the corner now, poised for exile. We’ve moved home three times in eleven years, and each time, the piano goes out of tune when it enters a new environment, as if it were afraid of change. My husband once told me that in the darkness of its body, deep in its belly, there is a piece of him which is living secretly, breathing, pulsating, fed by scherzo and allegro. I am taking the piano for exactly this reason. Inside, quiet as dust, a part of my husband anticipates resurrection, while I have given up completely. I do not want him to have the benefit of resurrection when I know I will never experience such merciful relief.

He is watching the fat baker squeeze the icing in the shape of tiny red hearts onto the little cakes that we are supposed to share with our friends tonight, in celebration of our anniversary. He once told me that he loved me because I was the only thing he could hear. He can feel the vibrations of the piano strings through the soundboard, but I am inside him, he said. I am a song soaked into each bone of his secret body where the world has never been able to wander.

The fat baker is packaging the cakes. He places them delicately into a pink box, tying it up in white ribbon with a flourish. I want to leave before my husband returns, otherwise I will be swayed by the sadness in his eyes and have to wait yet another year. I am running out of years. I have to be on my way to the airport; the piano movers should have been here half an hour ago. I do not want my husband to find them struggling on the stairs with a part of his soul. I want no scenes.

I have already burned all the photographs; they made a crackling sound and set off the smoke detector, which I promptly smashed. He won’t need it because he is deaf and it gives off only a minute vibration, too mild for him to notice. I have written down all the reasons why I am leaving, and I am overcome with a sad longing for the world, to be a part of it again, because I have not spoken to anyone for weeks. I must go now, I can’t wait for any more tomorrows. My feet barely touch the ground as I take a final sweeping look around the apartment. My heart is in my mouth. I can feel it throbbing and taste the pulse.

For some unknown and annoying reason, the moment we met fills my mind. He was giving a recital. I was with friends, eager to see and hear this deaf pianist, like a sort of modern-day Beethoven. I felt like a voyeur, not really caring about the music, but fascinated by the idea of this man. He played several pieces, but the only one I recognised was Chopin’s Nocturne op.9 No.2, with its beautiful, discordant notes. And I was mesmerized by the way he played. It was as if he was listening to every single note, his head bent towards the keys, his eyes half-closed. His fingers dancing like little ballerinas, so delicate and long and elegant. After the show, I went up and introduced myself. I couldn’t resist. I wanted to hear if he could speak at all. It was crass and nosy of me, but he could speak; with palpable strain and effort, he forced out a melody of muffled sounds in an awkward staccato rhythm. I complimented him on his Chopin rendition, and he told me it was his favourite, that he played it every single day. He invited me for a glass of wine. We went to a wine bar, one of those little places that plays quiet but lively jazz in the background, dimly lit by candles on each table. It was there that he asked me the question whether or not snow made a sound when it fell. He wrote it on a napkin, and underneath his question, I wrote, “Yes. It sounds like angels falling”. But of course, he would never hear an angel fall. It was an in impossible answer to an impossible question. But he took my hand immediately, and tears filled his eyes. And he said “Thank you”, with his stunted, strangled voice. A trickle of red wine stained the napkin as we continued our evening. I kept that napkin for years. But today, I burned it with the photographs.

Albert Camus suggested that we would not love if there was no lack within us, but we are offended by a similar lack in the other. Expecting to find the answer, we only find the duplicate of our own problem. And, as a result, we become disgusted, disappointed, and try to flee from the other in an attempt to flee from ourselves also. Inside my husband, outside him, all around him, is the duplicate of my problem. I can never be free, I know that, and I know I can never flee from myself; but I can at least flee from his hopefulness, from his will to force life to go on, which only serves to exacerbate my own emptiness.

The piano movers arrive. They are brusque and professional and ready to get on with the job. They manoeuvre the antique piano down the winding staircase of our apartment building with cautious, studied movements. As they make their descent, the door to an apartment on the second floor opens, and a frail Russian woman called Ida who has lived in the building for over thirty years puts her hand on my arm and looks concerned.  She sees my eyes, she sees the panic and the longing. She wants to know has there been any news. She always wants to know has there been any news. There is never, and there will never be, any news.  I am also escaping from her. I am escaping from the constant questions, the pitying looks, the awkward silences, the stilted conversations on the stairs or outside her apartment door. I tell her, babbling, making no sense at all, that my husband is in the bakery buying little cakes iced with tin red hearts, and I have to be in the taxi on my way to the airport before he returns. I tell her it is our eleven year anniversary and I am leaving him. This makes her gasp; her eyes water, and she lets me go, offering some support or strength or affirmation with a slight squeeze to my shoulder.

I shut the front door of the building behind me. I have no bags, except for a small handbag which contains my passport, my aeroplane ticket, some money, and the address of my new home written on a scrap of paper. I don’t want to take anything with me. Just the piano.

He was playing it the moment the phone rang, eight years ago. A little girl had been found, lying on the wrong side of the footpath, face-down on the road, blood seeping through her little blue coat. Our phone number was in her bag, in her little notebook with the birds and the rainbows on the cover. She had wandered from school. Whoever hit her, whoever killed her, just drove off and left her there. The driver was never found. Her ponytail was sticky with dirt and blood. A tiny bird, broken and forgotten. She was there one minute, perfect and small and dressed so smartly in her little blue coat, and gone the next. He was playing the Chopin Nocturne when I hung up the phone and went to find him. With shaking hands I spoke to him, my fingers trembling as I made the shapes of the letters because I could not speak. My mouth would not work, my tongue dry and lifeless in my mouth.  He never played Chopin again.

I can see his face now, as he enters the apartment, and sees the space where the piano once stood. I can imagine the emptiness that will follow him around. I can imagine him sitting him at the edge of our bed, her photo, the only photo I didn’t burn, in his hands, as he too remembers the night that he asked me if snow made a sound when it fell. He makes his way to where the piano used to be, and, sitting on the stool which I left behind, he holds his hands out in front of him, poised over the no-longer-there keyboard. Closing his eyes, he mimes Chopin’s Nocturne op. 9 No. 2.

The pink box of little cakes iced with tiny red hearts sits forgotten on the bed, her photograph beside it.

Originally from Omagh, Co. Tyrone and presently living in Cork City, Sorcha Fogarty completed a PhD on “The Affirmative Nature of Impossibility in Jacques Derrida’s Work of Mourning” in 2010, and spent several years teaching Undergraduate English in University College Cork. She has previously had academic articles, based on Jacques Derrida, published on The Literary Encyclopedia, an online journal. She has spent the past six years teaching Creative Writing in various libraries around Cork City, and presently works as an Assistant Librarian, while continuing to teach Creative Writing.