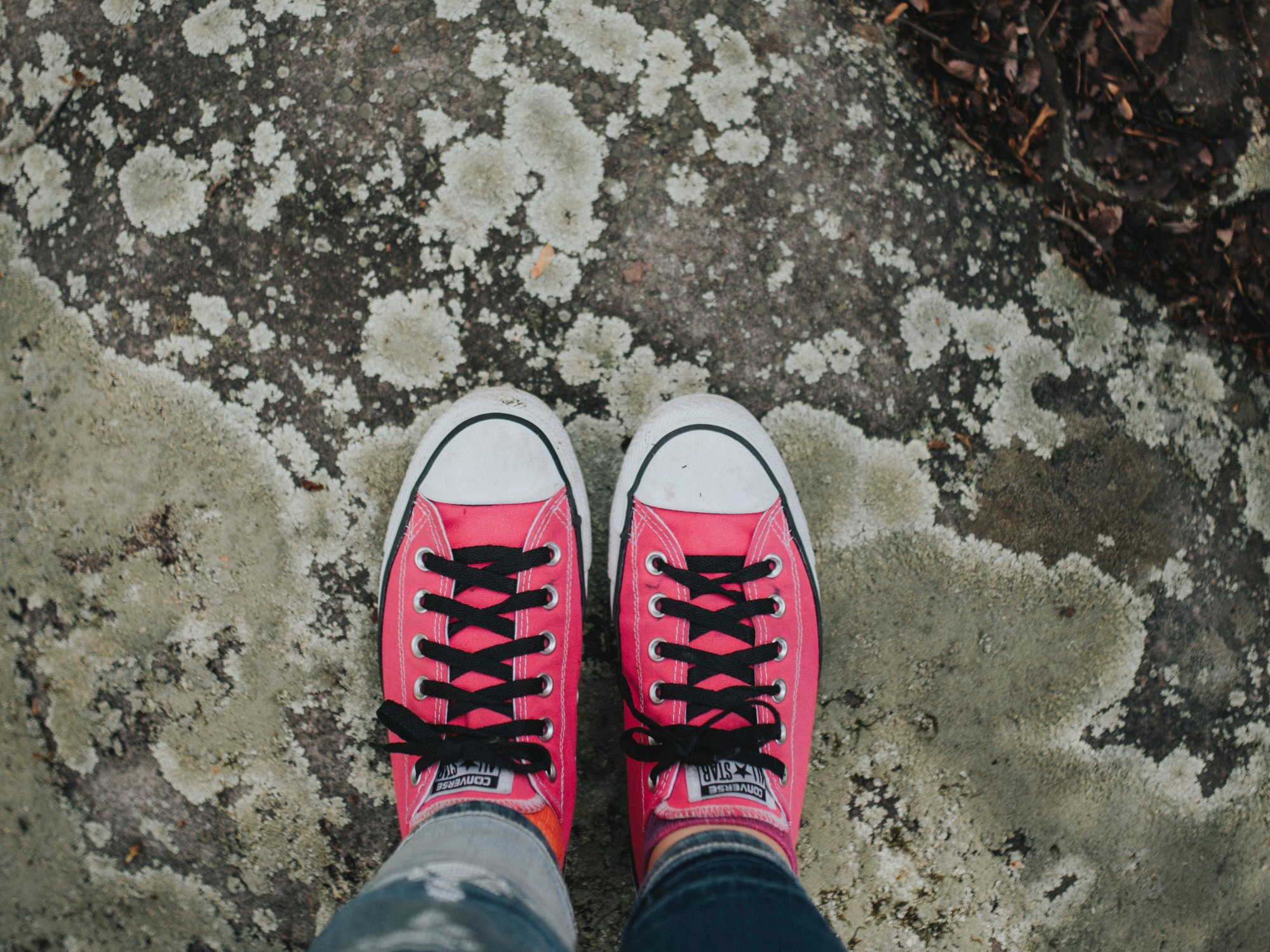 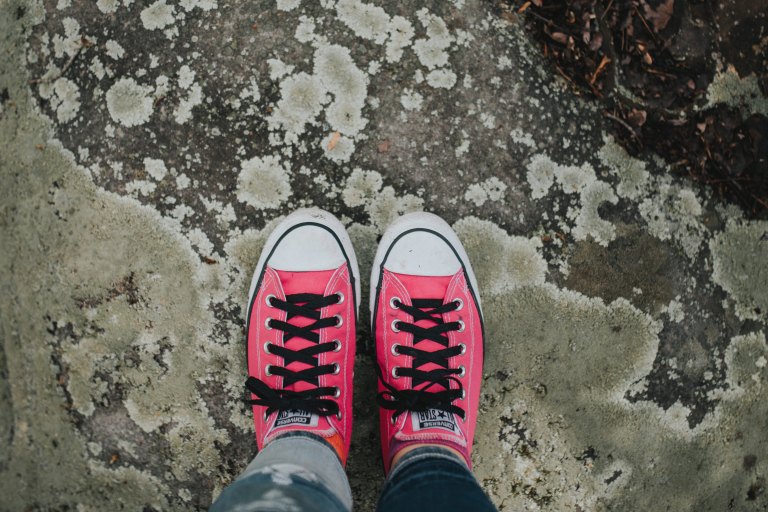 The stone hit her window and interrupted her shaking. Her teeth cut against each other with fright, the top row jagging off the inside of the bottom row, but she bounded on the balls of her feet towards the window, toes folding underneath. Jess knew the stone had been coming, but had let the anxious pit of her stomach steal away her awareness of time passing. She was shocked back into a linear cycle by the clang of stone on double-glazing. She folded down the handle of her skylight and climbed out onto the sloped black slates of the roof. Laura was there waiting for her.

Jess’ house was the only one for miles. From her vantage point, she could see the metallic red of Laura’s bike, strewn in the ditch that framed a narrow country road roughly half a mile away. The sheen of the bike stood out against yellowing greens of the furze and gorse that made up three quarters of the view from the roof. Laura was singing a Lorde song quietly, underneath her tongue. “L-O-V-E-L-E-S-S,” she sang and then belted the last word out into the countryside as she stretched it beyond all recognition: “GENNNNNNEEEERRRRRRRRAAAAAAAAAAATION.”

“Shhhh,” Jess hissed at her, tugging the sleeve of a red and blue plaid shirt.

“Yes, it’s fantastic and Lorde is a luminescent spectre of hope in a world severely lacking any, but that doesn’t mean you should sing her songs out loud on my roof while my parents are downstairs.”

“As if anyone would hear.”

“Look around you,” she said, propelling her arm in a semi-circle. “There’s nothing but cows here. There’s no other sound; we hear everything. Things aren’t vying for space in the winds out here, they make the space theirs for the time they exist.”

It was almost as if one of the cows in the field a mile in the direction of the village had heard her kind being referenced. It looked at them. The cow stood on the crest of a hill with the receding sun behind it. Laura held its gaze. She turned back then and sang the word “generation” again in a whisper. “If you mix up your eyes a little bit, it looks like that cow is standing in the sky,” she laughed.

“You’re such a dope,” Jess said, shaking a simper back and forth.

“Relax, Jess,” Laura said, and, oddly, she did. Jess lay back against her roof, feeling the ridges of the slate settling themselves in the interstices between her vertebrae with familiar, yet welcome, discomfort. Laura unfolded herself into the sloping of the roof too and when she had fully lain down, she rubbed the bud of her nose against Jess’s shoulder, the stud in its left side moving with it. “Thank fuck it’s not windy,” she said, her lips brushing the cotton sleeve of Jess’s green Abercrombie hoodie. Laura looked resplendent in the greys and oranges of the pre-sunset summer evening, her brown hair was tossed from her climb, her eyes were wide and dilated to the point of minimising hazel irises, and her smile had widened to flash her fangs and display the brittle chipping on her left lateral incisor. Jess wore less emotion and a heavy peroxide fringe down to her eyebrows, one of which bent as she watched Laura at her shoulder. Her thin lips hinted at a smirk on their outskirts. She looked away, back towards the field and the almost sky borne cow and said, “Yeah. Thank fuck.”

They barely spoke after that; they rarely did on these nights when the absence of school in the morning allowed them to chisel at the evenings without the urgency of looming early awakenings. This was the last one of those evenings for some time; the day after the next was Monday, the last one of August and the beginning of fifth year. At some point, Laura’s head would move more solidly onto Jess’s shoulder and then Jess would stack her head on top, like some cranial, romantic Jenga. The evening air was cathectic with a contentment too mature for the youngsters to fully grasp and appreciate; this was the peace of being in exactly the right place at exactly the right time, doing exactly the right thing. They breathed through nostrils; Laura’s left soughed with a blockage that she didn’t bother to clear. Still, the girls knew there was something there, some equilibrium of life that would be impossible to maintain as time slicked and slid by them. They never allowed themselves to be out of time, they clung to it and for now it was all they could do to allow their eyes to be flooded by the flooding of greens between ditches and fields and the light to dark greys of sky to road. The cows and bike interspersed where they could, but this was a scene of motionlessness, only varying in degrees. They knew that they would have to get down eventually, and when it came time to do so, they were as silent as possible, with only the knocking of knees on slates, the light bounce from Jess landing back on the balls of her feet on her wooden floors and the harsh crunch of gravel under Laura’s Vans making any indication that there was life in this part of Goldfields parish. Still, it alerted Jess’ parents.

Jess’ father, with beard and cropped hair more white than black at this point, breathed a gust through his nose, a sort of unmouthed attempt at a chuckle, but didn’t shift in his armchair or look away from the television.

“Hmm?” his wife sounded, curled on the armchair’s matching sofa to his left, looking up from the book in her lap, over her glasses and through her forehead.

“They’re on the roof again,” he turned his head and said. They both gave half-smiles at the right sides of their mouths before he turned back to the television and she returned to her book.

Odrán Waldron is a writer and journalist from Kilkenny who has been published in Cold Coffee Stand, Storgy, The Journal and New Socialist among others. He babbles on Twitter @odranwaldo.