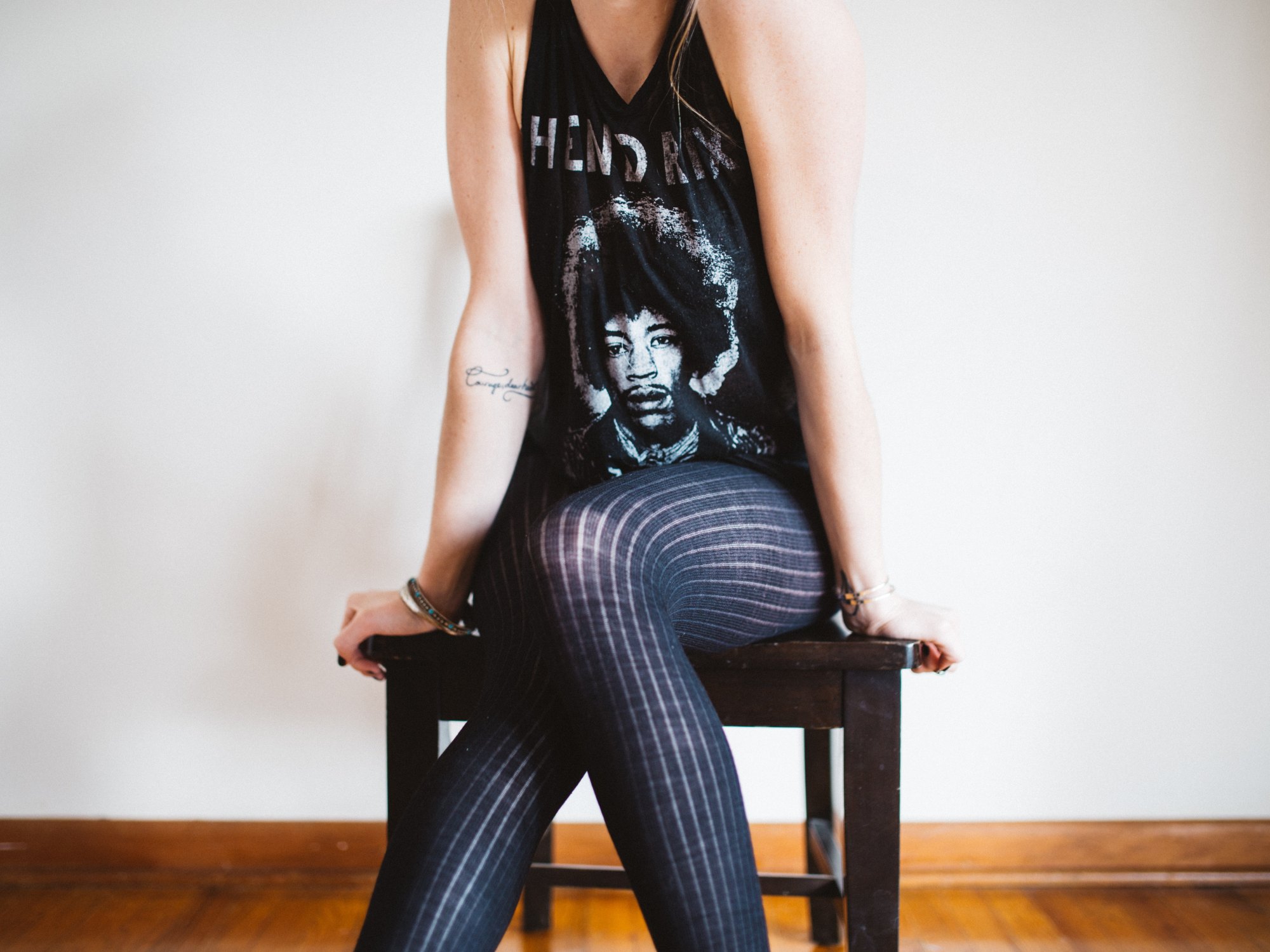 “What’s with the sudden shyness?”

I was trying to dress with my back to her, standing in just my skirt and wondering about how to get the rest of my clothes on as quickly as possible. The living room was almost completely dark: small hollows illuminated by the blinking standby features of various electronics, the digital clock of the tv box reading 4am.

My left arm was covering my chest as I bent down to retrieve my top from the floor with my right: rising I felt her standing behind me, not touching but close.

Now that I’d removed myself from the couch where I had been lying beside her, now that I’d looked away the prospect of looking back was unthinkable, the thought of eye contact unbearable. So I just stood there with my back to her, cheeks burning in the darkness.

From somewhere in my heart, a tugging sensation, something between despair and desire. Shame.

Standing very close behind me she placed her hands on my hips, rested lips on shoulder blade. Still I couldn’t bring myself to turn around. There was nothing to be done therefore but to stand helplessly and try to focus on what lay straight ahead, on anything other than where I was, who I was with and what I had just done.

In this frozen state, I could hardly believe that hours earlier we had been two old college friends catching up in a bar….drinking wine and sticking safely to those topics of conversation which emphasised how similar we remained, rather than how different we’d become. Families, celebrities, inevitable diet talk… our boyfriends. Open enough but still careful to conceal from each other the gently or not-so- gently accumulated disappointments of our 20s.

“Hmmmm?,” she asked again, “why the sudden shyness?”

I concentrated on the cracks of streetlight through the curtains, on the last vibration of my phone as the battery finally died, on the photos on the mantle where you could almost see faces. I stood there in the dim margins between night and day, in that strange uneasy place between drunk and sober, and I didn’t know, honestly, if I felt good or bad, high or low, changed or unchanged completely.

Anything but turn around.

I couldn’t tell then if it was me that leaned backward or her that leaned forward but suddenly of these competing impressions the only impression I had was of skin touching skin in darkness, and everything else became background.

The fraction by fraction inching forward and upwards of her fingertips, the millimetre by millimetre movement of her lips as they claimed further territory – in high definition and in slow motion, all impression was reduced to this.

DM Lyons lives near the Phoenix Park, but often gives the impression of living in the Park, due to her habit of wandering around there for hours, staring at the deer. Her work has never appeared in print, and she struggled with whether to put inverted commas around “work” at the start of this sentence.  You’ll note she omitted them in the end, perhaps attempting to convey an air of artistic confidence to the reader. She works as a business consultant to various start-ups, mainly because she loves hoodies and events with free pizza.